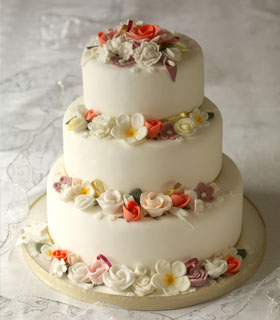 Chicago composer Philip Orem’s “A Wedding Present” is the theme song for my Oboemotions videos. This piece was originally composed by Orem, a fellow Northwestern University alumnus, for the wedding of an oboe player friend. Later Philip added two “Trifles” to the initial Wedding Present, in order to create a short suite for oboe and piano. I gave the premiere of that suite last year and recorded a video of it, found on my Music Videos page.

I decided to use “A Wedding Present” as the theme song for my seven Oboemotions videos for several reasons. First, this music is joyful and celebratory. I end my Oboemotions book with the phrase “Celebrate the emotions! Celebrate the motions!” because I truly believe that when a musician honors BOTH the emotions AND the motions of music making that he or she will improve dramatically as a performer. Secondly, I like that Orem’s piece has a lot of rhythmic activity, seeming to express movement. Understanding and accurately mapping how movement influences musical technique is what Body Mapping is all about.

Merging the hearing imagination with the movement imagination takes as much skill as maintaining a good marriage. Musicians tend to favor the hearing sense, but neglecting the movement sense can lead to frustration, misunderstanding, and sometimes even create permanent damage. For these reasons, I am devoted to increasing musicians’ ability to give equal attention to both members of this union, so that a healthy and long-lasting relationship will flourish between the two.

I hope you enjoy listening to the full piece, “A Wedding Present,” by Philip Orem. I certainly enjoyed recording it with pianist Christina Wright-Ivanova, a tremendous collaborative artist.

Find out more about the composer’s music (including other works for oboe!) at his new website: Philip Orem Website

2 thoughts on “A Wedding Present for Oboemotions”