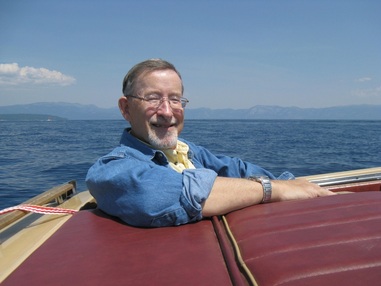 A David Ward-Steinman concert often concluded with audience members enthusiastically shouting out names of musical notes; “C#!, G!, B-flat!” etc. David, seated at a piano, would then delight in turning those notes into a melodic fragment. With the audience’s help he would decide on appropriate rhythms and intervallic relationships for the notes, and then dive into an improvisation based on the newly created melodic fragment. This collaborative improvisation gave the audience a small insight into a composer’s mindset, but also entertained us. David’s brilliant keyboard skills dazzled as we heard the little melody morph, expressing many different emotions, mysterious, quirky, and often humorous.

David’s birthday would have been this Monday, on November 6, and although he is no longer physically with us, his music lives on. His massive intellect lives on as well through his writings and the many friendships he made with colleagues and students. He was the real deal. He supported himself through college at Florida State University by playing piano in jazz clubs, and went on to study composition with Milton Babbitt, Darius Milhaud and Nadia Boulanger. David’s compositions were performed by major artists and orchestras all over the world, including the Chicago Symphony Orchestra. He was a highly regarded teacher at both Indiana University and San Diego State University. He had a vast knowledge of Western classical music, but also wrote about ethnomusicology and art theory, and could converse about a broad range of current events. He even had a pilot’s license, and would fly himself from one gig to another!

I was honored to premier David Ward-Steinman’s work for oboe and piano, Summer Suite. I think the second movement, “Muse,” captures some of the composer’s personality–with its jazzy rhythms, it is both complicated and engaging. Happy birthday, David.